What to do in Al Ain - God & Wanderlust
2227
post-template-default,single,single-post,postid-2227,single-format-standard,bridge-core-1.0.7,vcwb,unselectable,ajax_fade,page_not_loaded,,qode-theme-ver-18.2.1,qode-theme-bridge,disabled_footer_top,wpb-js-composer js-comp-ver-6.0.5,vc_responsive

What to do in Al Ain 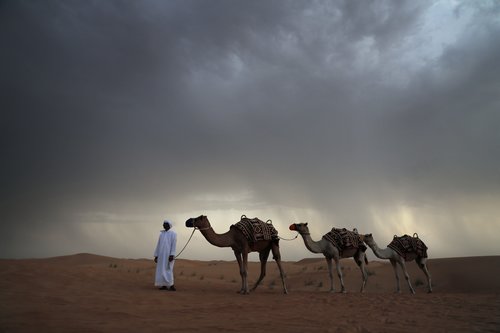 You’re probably wondering, where the heck is Al Ain?

It’s located in United Arab Emirates (UAE), which is compromised of seven emirates, Abu Dhabi and Dubai being two of them.

Within Abu Dhabi, lies the city of Al Ain, also known as the Garden City.

You’ll notice I didn’t mention Al Ain in my post on things to do in Abu Dhabi. That’s because it’s a two hour drive to Al Ain, from the heart of Abu Dhabi, and because Al Ain needs a few days to be thoroughly explored. Although UAE’s fourth largest city, Al Ain is barely a hotbed for tourists right now so you’ll have many attractions to yourself. It isn’t busy or crowded and you’ll enjoy the laid-back, suburban feel it has to it.

But why 38 days in Al Ain? It’s where my aunt lives and operates her optometry office. I stayed with her, which gave me ample time to explore the entire city. I’m not going to write a 38 day itinerary, nor do I even recommend staying in Al Ain for that long, but there are a few notable things you should do if you happen to come across this city.

8 Things to Do in Al Ain

One of the oldest buildings in the UAE. It was built to defend the city, protect palm groves and serve as a residence for the local governor. Al Jahili Fort features a black and white gallery, an exhibition centre, a bookshop and beautiful landscaped gardens.

Located across an abandoned mosque building project, Al Ain Mall was conveniently located five minutes from my aunt’s house. You’ll notice a ton of Arab men here, dressed in a white thobe, enjoying coffee with their buddies. Prices are a hit or miss in the UAE. I found clothing stores to be more expensive than the ones in Canada, but camera gear was less expensive. This mall has an indoor skating rink, a large food court and all the American stores you can imagine.

I used to come here at night. This park is at the base of Jabel Hafeet mountain and hosts a hot spring you can dip your feet in. Surrounded by lush green hills and palm trees, it’s great for barbecues, camping in the winter months or just having a picnic.

Al Ain is the birth place of the UAE founder, Sheikh Zayed bin Sultan Al Nahyan, so it’s enriched with culture, history and a plethora of museums. I thoroughly enjoyed the Sheikh Zayed Palace Museum. It’s based on Sheikh Zayed’s palace home and his family. You’ll find replications of his bedrooms, kitchen, maids’ rooms etc. Just watch out for lizards, if you sit in the rooms in take pictures. They usually scurry out from behind the pillows.

The great thing about the UAE is that the names of most places are usually straightforward, and Hili Fun City is no exception. It’s a theme park with many different rides where you can easily spend an entire day. The best thing was the lack of lineups.

The highest peak in the UAE and you can get to the top of this mountain by car, cycling or walking (if you’re feeling adventurous). Drive up a long, thin, winding road and devour the sight of Al Ain from the top. I went during sunrise and at night to see the entire city lit up. You don’t have to drive all the way to the top though. There are many parking lots and restaurants along the way and the scenery during the drive up is breathtaking.

Located at the foothills of Jebel Hafeet is a man-made white-water rafting, kayaking and surf facility. You can bring your own equipment or rent gear from the resort’s shop. Not familiar with water sports? Lessons are provided by certified trainers for all levels of competency. This is a great place to beat the desert heat and provides a day of fun for water sport enthusiasts and families.

The UAE’s first UNESCO World Heritage site and a delicate oasis eco-system. It contains more than 147,000 date palms of up to 100 different varieties, and is filled with palm plantations, many of which are still working farms.  It’s a tranquil haven, away from the heat and city noise. All that can be heard is birds chirping and the rustle of palm leaves.

Here are some tips: If you’re driving back from Al Ain, to wherever your accommodation is, it’s best to drive at night, while the roads are empty. My cousins and I road-tripped to Dubai at night and it only took an hour (usually it takes an hour and 45 minutes). We went to Umm Suqeim Beach and swam under the night sky and there were only a couple other people there. Sometimes, outdoor places are better explored at night, just for the cooler temperature and lack of people.

Al Ain hosts many other attractions, such as a camel souk, the Al Ain Zoo (which I’m not a fan of) and the Hili Archaeological Park. There will be more to discover as the city further develops.

Al Ain is an interesting ‘off the beaten path’ city to explore and learn about UAE history. What’s an interesting place you’ve explored, that isn’t considered a tourist hotspot?