Driving in Dubai? Read This First 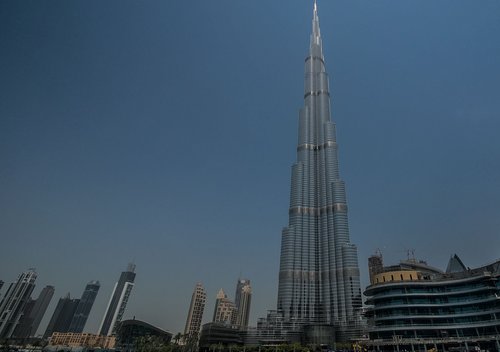 The third time a giant SUV tailgated me, horn blaring and high beams flashing, I got anxious. I quickly switched to the centre lane. The SUV zoomed past me, tinted windows and all. They take the passing lane quite seriously when driving in Dubai.

After accumulating two speeding tickets with my first car rental, a white Toyota Yaris, I was being extremely careful. Radars were everywhere.

Driving in Dubai takes undivided attention. I mean, that should be the case anywhere you drive, but Dubai is something special. I got hit once, on my way to Abu Dhabi. I lost count of how many times I almost got hit.

What’s the main issue? Some people change lanes without checking their mirrors or blindspots. If you do get into an accident, call 999 and ask for a Saeed, a cop that responds to minor accidents, to obtain a police report. Car damage, no matter how minor, will not be repaired unless there is an accompanying police report. You’ll need to give the police report to the car rental company once you return your car.

On my way to Abu Dhabi, the car driving beside me, swerved into my lane and hit my side mirror. We both pulled over and hopped out of our cars. Luckily, the lady who hit my car admitted guilt. I dialed 999, explained there was an accident and asked for police. A Saeed called me a few minutes later.

“Asalaam-alaikum,” he said, meaning ‘peace be upon you’, the standard greeting in Islam.

I began to explain the situation, only to have the Saeed interrupt me.

“I don’t speak Arabic,” I replied.

“Okay, is this accident one car, or two?”

I gave the lady my cellphone and they both began to speak in Arabic. I had no idea what she was telling him.

About 20 minutes later, the Saeed arrived and spoke with the both of us. The lady admitted guilt to him so the process was easy. He took a picture of my scuffed mirror and wrote me a no-fault police report. That was it. I was back on my way to Abu Dhabi.

The Toyota Yaris I rented from Fast Rent A Car wasn’t great on gas. On some days, I had my tank filled twice. The Nissan Sunny I rented from Thrifty, afterwards, was much better.

If there’s one thing driving in Dubai can teach you, it’s to be very conscious of the driving laws and regulations of another country. So I’ve compiled a list of 6 tips you should know about driving a car in Dubai:

Driving in Dubai offers a convenient way of exploring the beautiful city. This post is not meant to deter anyone from renting a car in Dubai—rather it’s to make one aware of driving laws, regulations and my experience with driving there for over a month. Would I rent a car again, in Dubai? Definitely.

care rental in Dubai, Driving in Dubai, Dubai driving, how to drive in Dubai