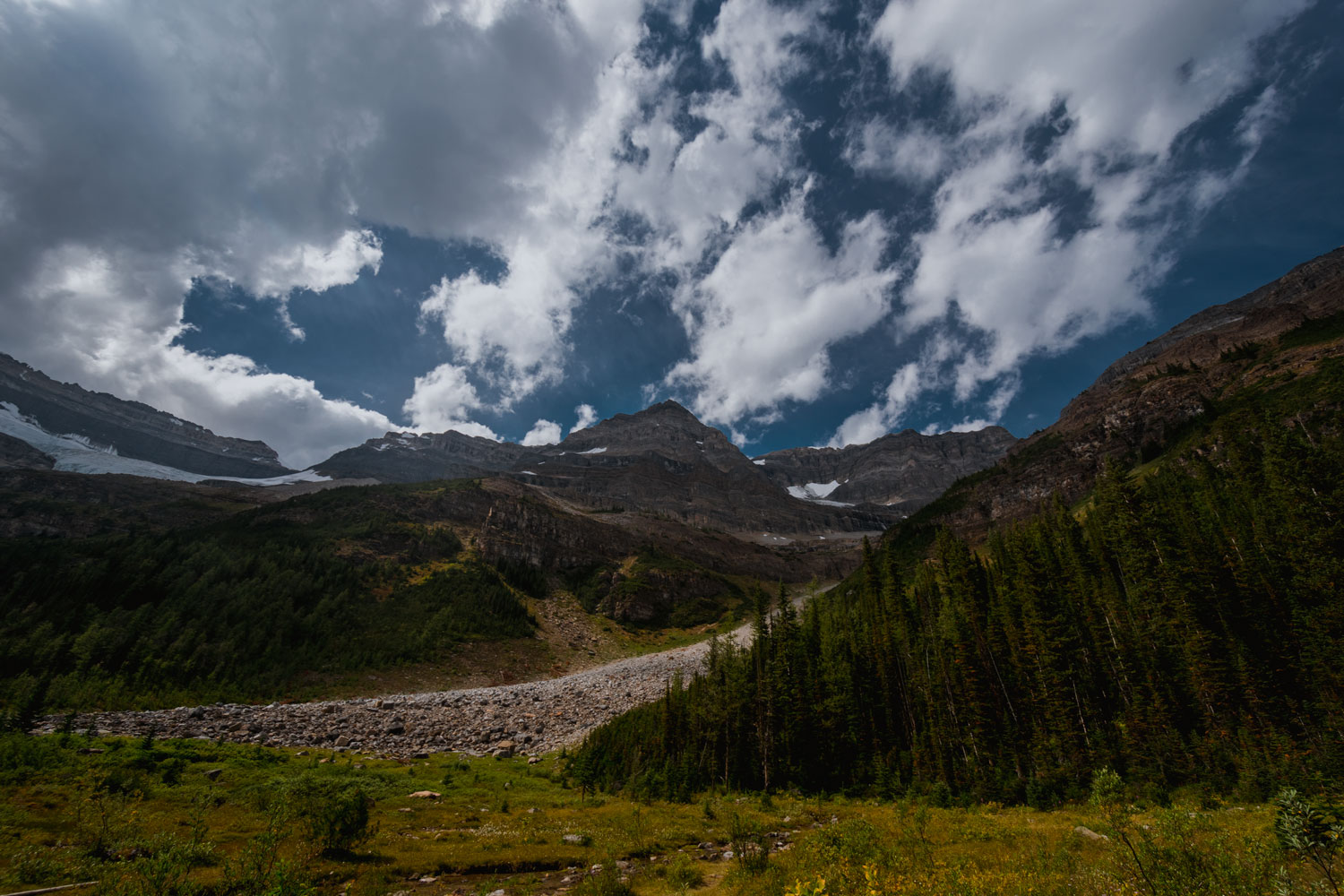 Posted at 17:36h in Americas by Samah 0 Comments
0 Likes
Share

The Plain of Six Glaciers hike is breathtakingly beautiful and that’s an understatement.

Park in Lake Louise’s parking lot and walk on the boardwalk to the right of the lake. I went end of August 2017, and there were hordes of people walking alongside my sister and I. As you near the back of Lake Louise, you’ll climb to the top of a steep, dirt path, which is the start of the Plain of Six Glaciers trail. The hordes of people will be left behind.

Continue along the trail and you will come across a gushing, white river. Watch out for people descending the trail on horseback, but for all you non-hikers, you can take a horse trail to the Plain of Six Glaciers Teahouse! As tired as you may get from the steep incline of the trail, make sure to take in the phenomenal scenery. You’ll come across a mountainous back-view of Lake Louise and a huge rock that everyone was keen to stand on and take photos. There was even a line up! After this point, it’s a steady trail climb requiring a tad more exertion. The glaciers will be in front of you. Savour the elating moment when you catch sight of the Plain of Six Glaciers Teahouse. You’ve finally reached your goal.

Once at the teahouse, take a seat at an available table. A server will come by to give you a menu and take your order. I ordered the vegan chili, chocolate cake and their raspberryade. The total was CAD$24 and remember—the teahouse only takes cash! The teahouse has a no garbage policy, meaning you carry your leftovers and garbage while hiking down.

A quick food review: the chili consisted of beans and came with a side of nacho chips. It was average. The chocolate cake had a very ‘earthy’ flavour (my sister said it tasted like pine trees lol), but I liked it. The raspberryade, which I thought was raspberry lemonade, looked and tasted like sugar-free Kool-Aid.

The trail is well kept and easy to follow during ascend and descend. There is no way you can get lost, despite the lack of trail markers. Watch out for horse poop though.

It took my sister and I approximately 3 hours to hike to the Plain of Six Glaciers Teahouse. Neither of us are avid hikers and we stopped many times along the way to take breaks or photos. About a quarter way, I wanted to turn back as I was getting tired. I contemplated taking the shorter Lake Agnus Teahouse Trail route. I just didn’t want to be the first one to mention it, and my sister didn’t, so I trudged along. I’m super glad I did.

The hike down is quick and easy—it took us 1.5 hours. When I descended the steep, dirt path I climbed at the beginning, I felt a sense of accomplishment. The Plain of Six Glaciers Hike is a must do if you visit Banff National Park.